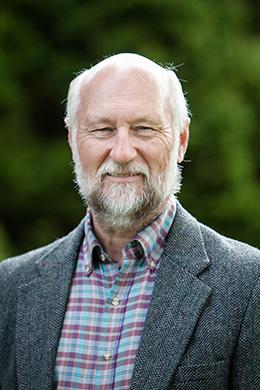 Robert Hauhart, Ph.D., J.D., is a professor and former chair of the Department of Society and Social Justice (2010-2013) at Saint Martin's University. Serving on the faculty since 2006, Dr. Hauhart leads the undergraduate criminal justice and legal studies programs within the liberal arts curriculum. He also acts as pre-law advisor and offers courses within the sociology major. In 2008, he was named Monks of Saint Martin's Abbey Outstanding Faculty Member.

Dr. Hauhart spent twenty years working in the criminal justice system in Pennsylvania, New York, and the District of Columbia. After leaving the District of Columbia in 2001, he taught at the University of Maine, the University of New Mexico, Pacific Lutheran University, and finally, Saint Martin's. His interests include the intersection of law, economy, and society; prisons and prisoners' rights law; and non-legal initiatives for social justice.

His career has balanced between practicing law and serving as an educator. He is fiercely dedicated to social justice and raising the awareness of the communities in which he serves. Shortly after arriving at Saint Martin's he established the Robert A. Harvie Social Justice Lecture Series, bringing a vital asset to the state capital of Washington and the surrounding community.