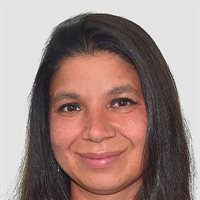 Dr Filiz Akgul, Turkish Canadian by origin, joined LSE as a visiting researcher specialising on the structural forms of exclusion, by the study of human rights advocates and immodest women in rural and urban Turkey. Dr Akgul, was awarded a PhD in political sociology for her work on the study of police brutality as it occurred during Gezi Park protests in Turkey in 2013 and its similarities and discrepancies with domestic violence. During her appointment at Lancaster University, as a post-doctoral researcher, she connected domestic violence and police violence to the structures of relevant political systems. Filiz holds a MA in Middle Eastern Studies and a MA in Gender Studies as a result of her post graduate studies at SOAS, University of London.

Her expertise lies in political sociology, violence, gender and its intersection with governance.

Dr Akgul is the author of "Patriardchal Theory Reconsidered: Torture and Gender Based Violence in Turkey", published by Palgrave in 2017.